As of today my internship as a User Experience Designer at the SBB Cargo is over. I’ve spent the last six months from March to September working at their headquarters in Olten.

In this time I was able to look at how a bigger company is run and how it compares to the smaller companies I’ve worked in before.

The first question that comes to mind at the end of such an endeavor is: Would I do it again if I had the chance for a do over?

And the answer is a definitive YES.

I was not only able to look behind the curtains of the User Experience area of the SBB, but also got a lot of insights in other areas like project management, infrastructure, how projects get deployed and tested and much more.

At the end I only wish I would have used my chance to get deep insights even more. From pretty early on I was focused on trying to bring something valuable to the team, and although this is one aspect of an internship, I should have also reached out more to other people from even more areas.

So if you are thinking about doing an internship this is certainly something to watch out for.

Now how does a bigger company like the SBB Cargo compare to the smaller ones I’ve worked at before?

To say there is a huge difference between working at a huge and small company would be wrong if you are working in a software development team.

The basics are the same, you work as a team on some product. What is different are the boundary conditions. Because the team is part of a bigger company there are many departments specialized on helping you as a team get ahead, so you can for the most part focus on your core responsibilities.

But having more people to deal with also comes with some disadvantage. You have to comply with their processes and rules. If you don’t you’re going to be stuck and maybe won’t be able to continue working.

At a smaller company this is less of a issue as there are not that many defined processes and the ones that do exists are much more flexible and adaptable to the current situation. But this also means that you have to define the processes and work out the kinks in the yourself.

If you made me decide between the two types of companies I’d have a hard time coming to a final decision. But as you can’t force me to decide from where you’re reading this, I’ll leave this question open for some later time.

The next question that comes to mind is: But was it fun?

Let me answer that with another image: 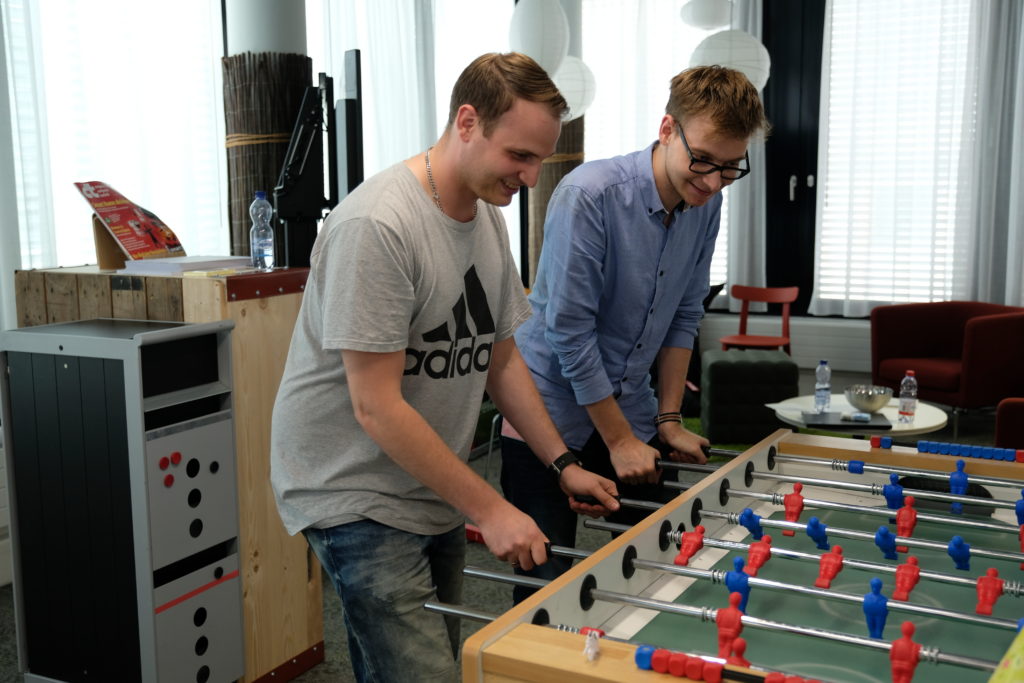 I wouldn’t dare saying that all I did in those six months was as fun as our project table tennis tournament, but I can’t think of one moment at work where I was unhappy because of my tasks and responsibilities there.

Because of my study schedule I won’t be able to attend the event where they are going to announce the new products I’ve been helping create, but I’m invited to the after party and the Christmas party of the team, so there won’t be any sad goodbyes as of yet.

Last question for today: So why don’t I stay if I enjoyed working there so much?

This isn’t an easy one. I would have definitely applied for a job, if I had already finished my studies in a topic that I could apply here. But my studies in medicine information technology in Biel have already started and I’ll see where that takes me.

Setting up Xdebug and PhpStorm with XAMPP for nicer debugging